It started when J.D. and I first partnered together in 2003, as we sometimes found it difficult because of busy schedules in the office to connect in a way that allowed us to be intentional about managing and growing our firm. We decided to schedule some time away from the office so we could devote more time and focus to the things that mattered. Typically we have golfed, biked, or attended a sporting event together – Denver Broncos games, and more recently, a Toronto Raptors game (head coach Nick Nurse is a friend who has been on previous trips to Colorado with us).

As this retreat approached, we talked about wanting to be more active and do more things outside together, since the weather in Colorado is so nice this time of year. I suggested a week before our trip that I have been wanting to hike a 14’er – one of the 58 mountains in Colorado whose elevation tops 14,000 feet – and J.D. ran with it, finding a mountain called Gray’s Peak that would offer a nice challenge. It was very cold in the morning, requiring many layers, pants, gloves, and hats, but as we as the day wore on and the sun hit us, we eventually were in short sleeves and shorts. The climb was made more difficult because it had snowed significantly five days earlier, and there was a lot of snow and ice that remained on the trail. Walking sticks, which we fashioned from a tree that had fallen, were a must. We made it through, though, enjoying about an hour at the top to simply take in the sights, snap a few pictures, and have a snack, following the three-hour ascent. It took about the same amount of time to come down.

This trip was also fun because we were additionally able to meet up that night with J.D.’s son, who lives and works in Arveda, Colorado, a western suburb of Denver. We also got up close and personal with a momma moose and her baby while on the bike trail in Steamboat Springs. She was very protective!

We were both a little tired that evening, and had a few sore muscles, but there were no major injuries. We both felt a great sense of accomplishment, and felt a little fresh perspective about our place in the world, and ability and desire to make it better through our work. 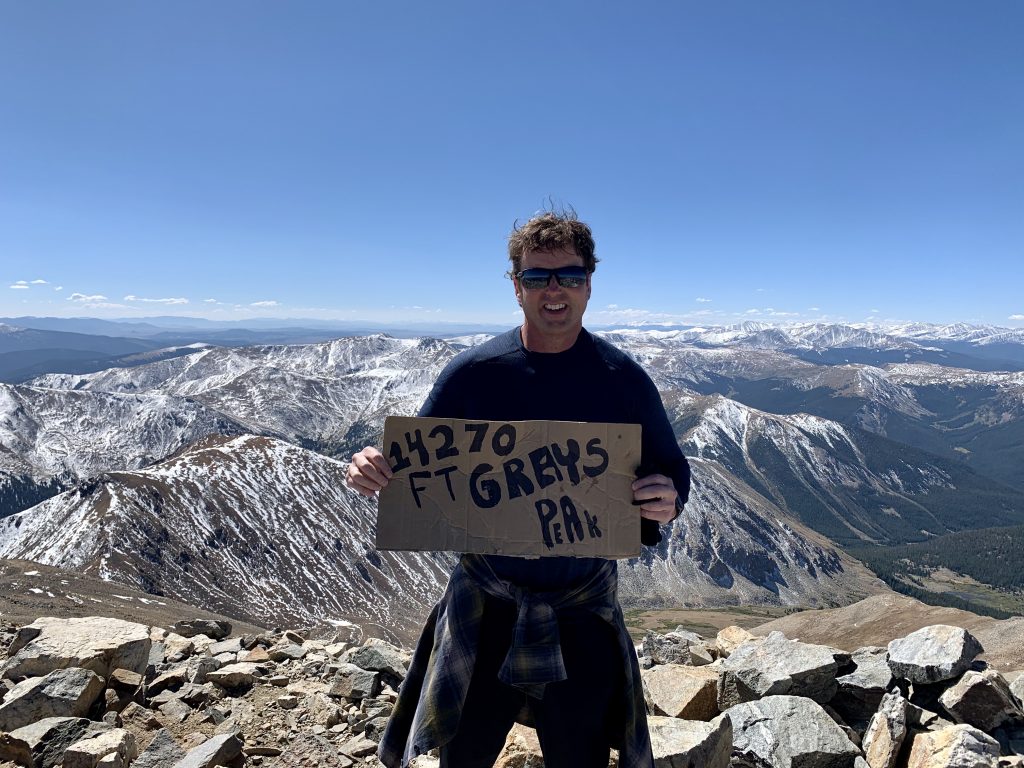 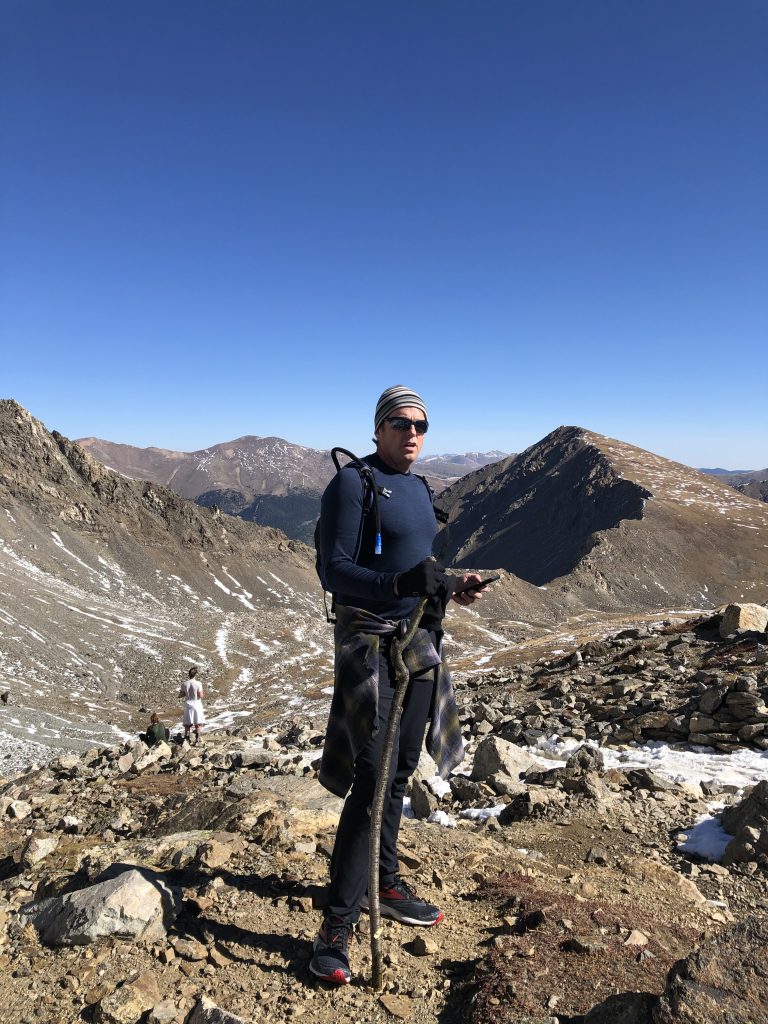 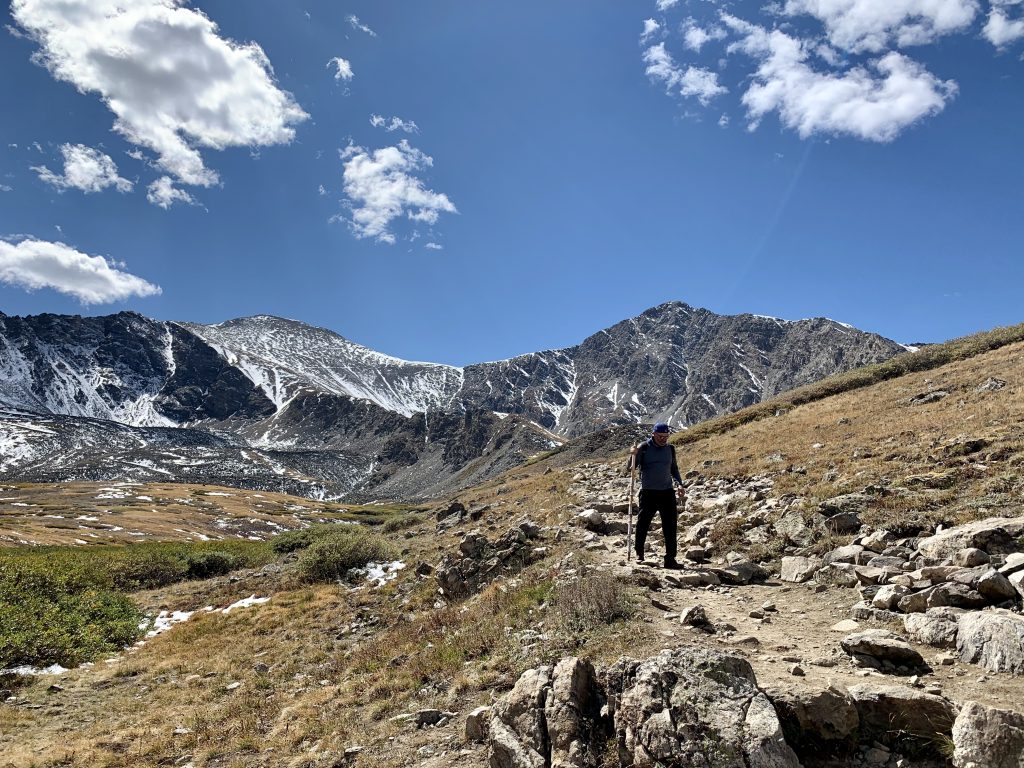 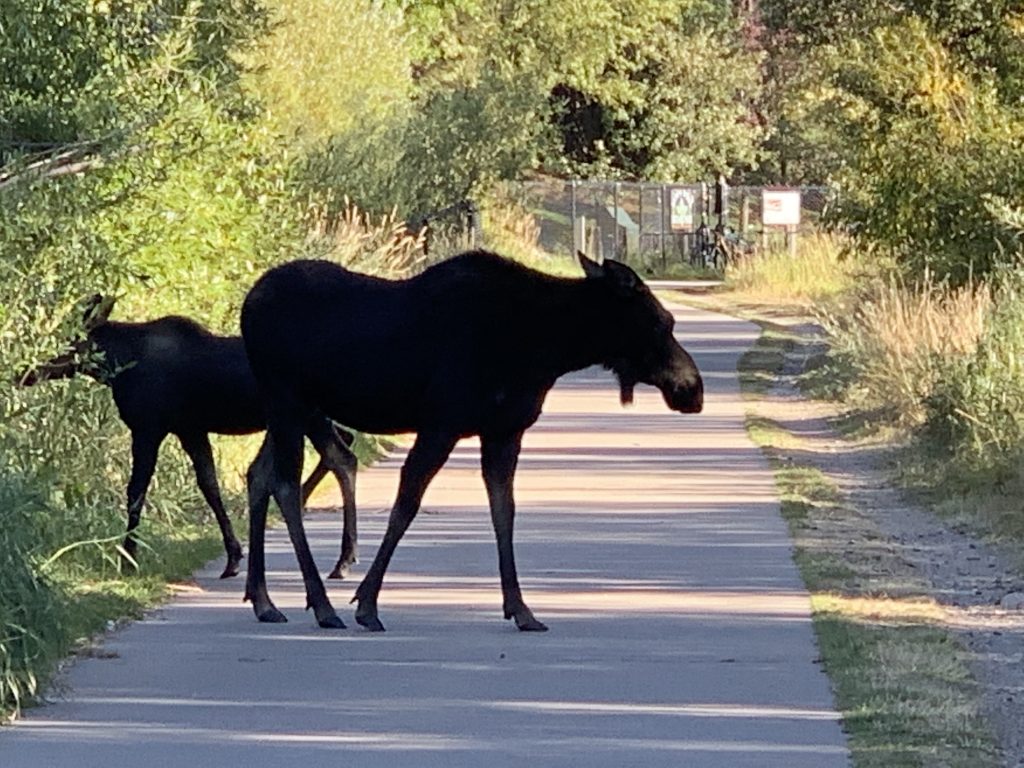